Our guide about SNKRS App Bots and Limited Edition Nike Sneaker drops are for newbie Sneakerheads that want a general overview of how people are obtaining and reselling limited edition sneakers from SNKRS App and limited edition drops from Nike.

Nike has a bunch of mobile apps, including Run Club, Training Club, and its shopping-centric retail app, just called Nike. But if you’re fanatical enough about sneakers to qualify as a sneakerhead, you probably use its SNKRS app the most. 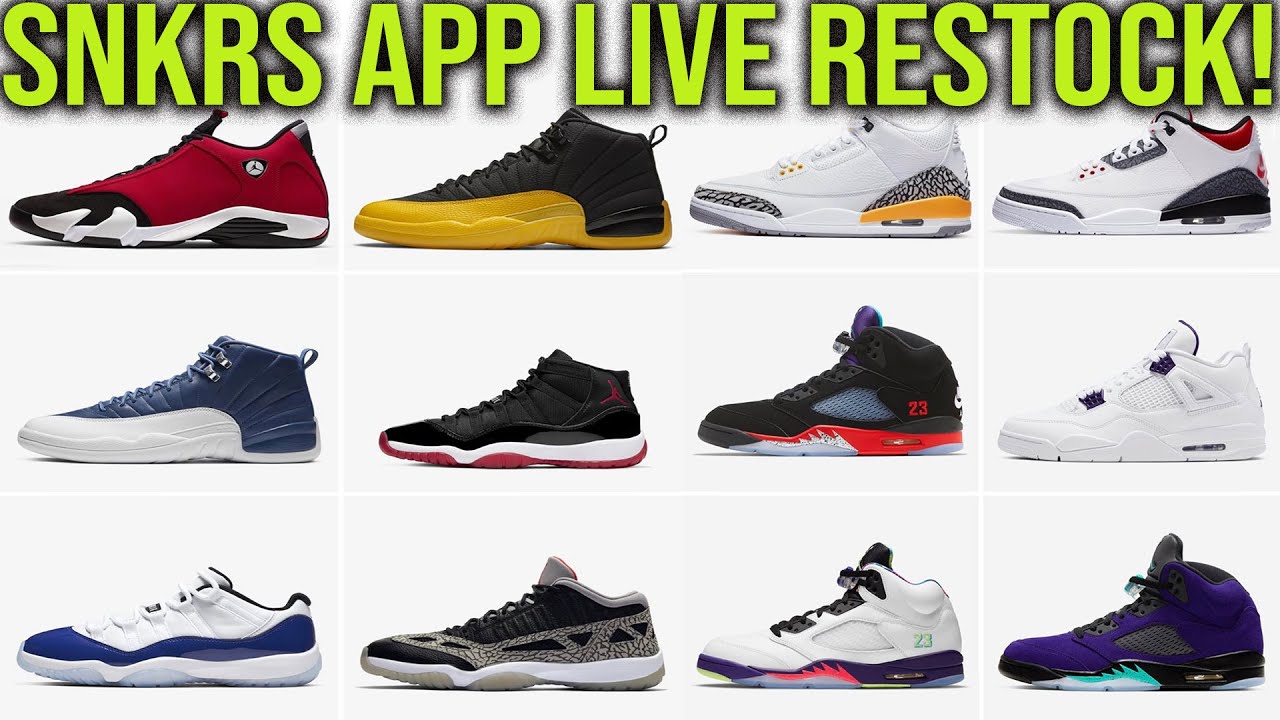 It’s Nike’s main channel for its high-demand, limited-release shoes and the insider info behind them, such as their design inspiration. Nike wields it as a way for its most-engaged customers to unlock exclusive products. The company has also made it a venue for those customers themselves, showcasing their photos of them wearing their Nikes in a dedicated feed.

The app has been so successful since its launch in 2015 that Nike says it will use it as the blueprint for how it builds deep relationships with members and communities across its business online. The idea, according to Ron Faris, Nike vice president of Global SNKRS App, is to “take all the learnings and that playbook of what we’ve done with the sneaker-obsessed” and apply it through the broader Nike ecosystem. With Faris as general manager, a dedicated team with that mandate will start work next week at a newly reopened version of Nike’s “digital studio” in New York that helped develop SNKRS into its present incarnation.

The strategy will play a key role in Nike’s plan to ramp up its sales straight to shoppers through its stores, website, and apps. Over the past several years, there’s been an upheaval in retail brought on by the rise of e-commerce and changes in the role retailers play. Like a number of other fashion and footwear companies, Nike sees a giant opportunity in connecting with customers directly. Digital sales are crucial to Nike’s goal, and it’s investing heavily in technology and data analytics to be “more personal at scale,” as current CEO Mark Parker has put it. The company even announced a tech executive as Parker’s soon-to-be successor.

Through the team at S23NYC, Nike will focus on what Faris calls “obsessed communities” of people passionate about running, training, basketball, skating, or any other activity Nike supports. But the audience in mind is bigger than these groups. Marketing through real people and authenticity has proved one of the more effective tactics of the social-media era, and Nike sees these groups as a means to stoke engagement among its millions of more casual shoppers.

For a sense of what this means, Faris says about a year ago Nike looked at its most-engaged SNKRS users in New York, based on data it collects on how members interact with every product and piece of content. Many, it turned out, were in heavily Dominican neighborhoods, so Nike went and talked to them. Based on what it learned, it created a campaign and a shoe, the De Lo Mio Air Force 1. It used Dominican photographers to shoot Dominicans wearing the shoe, Faris says. When Nike finally released two batches of the shoe, each quickly sold out.

“As we showed that content to people in the SNKRS app, it lured more people [who] resonated with that community to want to be part of that community itself,” he explains. Nike has repeated the approach with other features, using content created by its most-engaged members to show to its “millions of lesser-engaged members,” Faris says. Those include international audiences in countries such as Japan and China, where millions have already downloaded SNKRS according to Nike.

Part of Nike’s plan to target other communities in this way is by using fewer models in its marketing content and instead featuring more real Nike customers who have joined its NikePlus membership program. One of the most successful new features in SNKRS is called SNKR Stories, which replicates the slideshow style of Instagram’s Stories feature. A recent one showcased a Nike member in Harlem talking about his love of its Shox sneakers. “I could see that same story appearing in a Nike running experience where there’s a potentially influential member chronicling their first 10k run in the new Next%,” Faris says, referring to Nike’s new (and controversial) running shoes.

These features aren’t just about marketing. Nike uses them to collect data. It can see which photos members linger on, which sneakers or clothing items they zoom in on, and what they’re skipping past. The data lets Nike serve them with products they’re more likely to want, and of course to buy. It can also use the data in creating new products.

Faris came to Nike through Virgin Mega, a startup he founded within Richard Branson’s Virgin Group focused on creating mobile experiences for fan communities. Nike at one point approached it to see what they might do for Nike’s sneakerheads. It ended up acquiring the company in 2016—the first of a handful of tech acquisitions it’s made in the past few years as it builds out its direct sales to shoppers through its website, apps, and stores.

Sneakerheads are perhaps an unlikely group for Nike and Faris to use as a model. Because their interest is generally in more expensive, hard-to-get shoes, they’re a small slice of the sneaker market. Nike also sells giant volumes of mid-market sneakers such as the Tanjun to shoppers who don’t know or care what’s hyped. But Faris says it made sense for Nike to use them as a starting point. Because they’re the most engaged with Nike, their behavior provided the most information.

And ultimately, he says, the sneakerhead community works much like any other. “The ingredients of what makes the community fanatical are pretty much the same in the sense that there’s always 20% of the community that are super-engaged, hardcore members,” Faris says. “And then there’s 80% of that community that’s far more casual. The goal is to take those that are the most engaged, and give them the tools to be able to share their knowledge, share their passion in a way that lets the less-engaged discover it.”

S23NYC is building those tools now for more than just sneakerheads.