(This post is a work in progress, that I will continue to update and tweak. The comments are great, with a whole variety of suggestions and details of other setups. I’ll try and keep the comments open as long as I can)

It’s one of those Mac Apps that should be essential for any professional, and the fact that it’s finally on the Mac App Store means that you don’t have to worry about keeping it updated.

For enterprises, it is important to verify both that essential apps are not reliant on kexts before upgrading to the new OS, and to ensure all your key apps are compatible with Big Sur. At WWDC 2020, Apple announced a special Mac Mini that’s powered by its own A12Z processor. The machine will help developers prepare their apps for future consumer Macs that feature in-house. Mac mini Essentials. Search the user guide Clear Search Table of Contents. Look around your new Mac. Get a quick intro to the features of your Mac mini. Your Mac mini comes with apps for everything you want to do. Edit and share your photos. Enjoy music, books, movies, and more. Create presentations. And discover new apps in the App Store.

No getting away from it - I still yearned for a Mac based media centre. I’d hoped Wii Transfer would fit the bill, but the quality of the video streaming isn’t good enough (yet?).

That meant either a Mac Mini or an Apple TV, but that’s a hard decision. Apple TV has the ease of use that makes it ideal for the home. No fiddling about, but no PVR functionality either. In the end, I went for the Mac Mini’s potential over the Apple TV ‘just works’, and using FrontRow and EyeTV to provide the interface. But, I’d dabbled with a Mac Mini media Centre a couple of years ago, with a G4 Mini hacked to use FrontRow. I gave up on it a few months after, but recently decided that the time was now right. So what’s different this time around?

Front Row built into Leopard - rather than tied to particular machines and requiring a hack to make it work. Front Row 2 also adopts the plugin ‘appliance’ architecture of Apple TV, as well as supporting sharing from other macs. As far as I can see it only lacks the YouTube feature of the Apple TV.

Screen sharing - After using other VNC clients, the inbuilt screen sharing facility is easy and responsive. I can barely notice a difference in performance between administering the Mac Mini and working on my MacBook Pro.

Intel Mac Minis - Compared the original G4 Mac Mini I was trying to use, the new Intel Mac Minis are faster, have larger hard drives and Bluetooth and airport as standard (which the G4 didn’t have). They also come with a built in remote and receiver. I previously used a bluetooth phone and Salling Clicker, which works, but it isn’t the kind of ‘slick solution’ you can hand to someone else and expect them to want to use it. The Apple remote works very well, and isn’t too simple (it is easier to lose though, and you can’t ring it to find out where it is.)

Leopard brings everything you need to run a media centre, with the exception of a PVR, and an automagic system for adding new content to the Mini. Finally, I was trying to run the last system through our old CRT telly, that only had 2 scart inputs. It looks like ass. Now that we have an LCD, it doesn’t.

So after studying the Apple Refurb Store for a few weeks, I picked up a good deal:

So, onto the setup…

One of the first things you’ll want to do is minimise the possibility of the OS giving you messages, so go to System Preferences > Bluetooth, and make sure this option isn’t ticked:

Otherwise you’ll get interfering messages, worrying about the lack of a keyboard attached. Likewise, go to System Preferences > Software Update and make sure it isn’t checking for updates.

This is how my hardware is setup: A Mac Mini sends video to the TV with a DVI to HDMI cable, while the sound is sent through my stereo with a headphone to dual composite cable. If I wasn’t playing music, I would just send the audio to the TV. I’m using a Western Digital MyBook external drive to store everything on, but I’d like to replace this with something larger, quieter and (if possible) no blinking lights! The only other piece of hardware is the EyeTV Hybrid dongle.

You probably have a different list of essentials, but having tried a lot of potential apps, these are the ones I’ve settled into using:

A plugin that allows playback of .avi, .flv (amongst many others) in Front Row. Installs as a System Preference.

I use this to automate the adding of new content from my MacBook. You set the Mac mini to subscribe to however many Macs you want, and as long as its open on both, it will suck in any new tracks, movies etc. Works really well, I just wish it had some way of letting you know on the MacBook end that all new tracks have been imported. For Movies though, I’m finding it easier to share the Movies folder on the Mini and just drop the files in there, rather than try and get them into iTunes.

For ripping your DVDs, everyone should know about this! 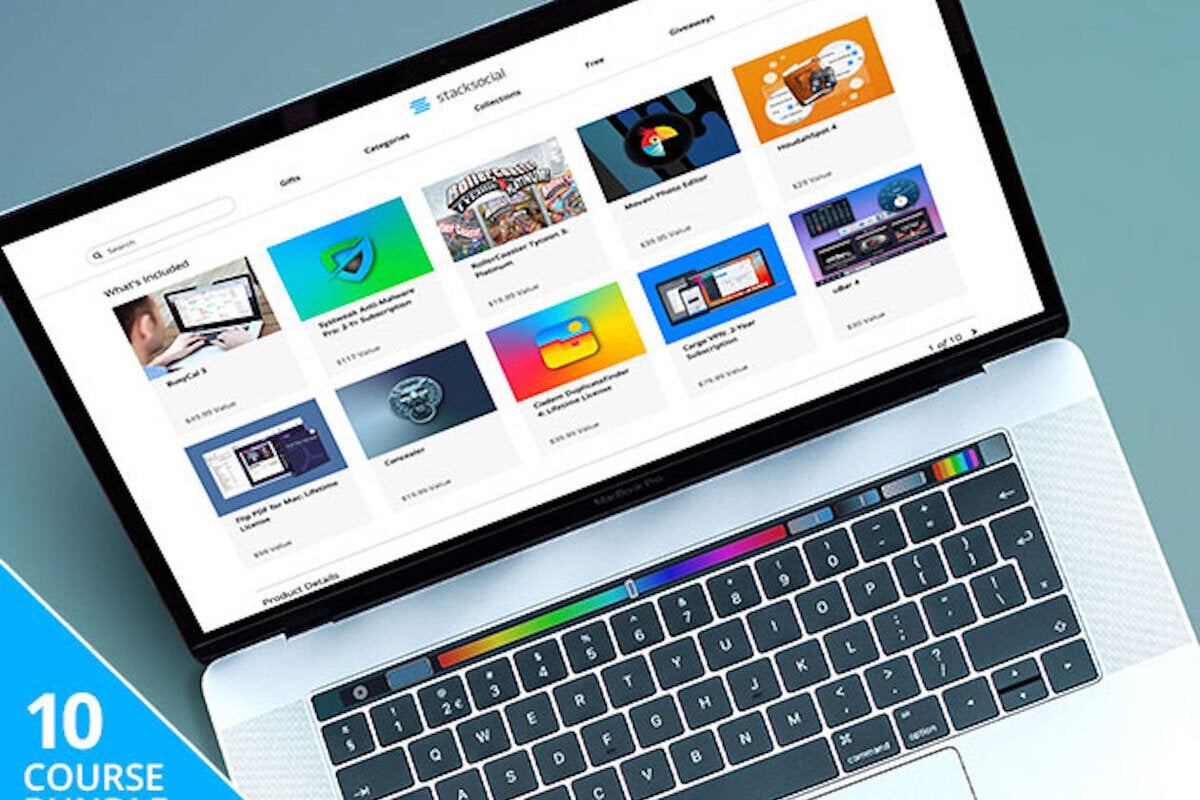 Along with an Elgato Hybrid stick, this provides the PVR functionality, along with more recording features than my DVD Recorder does. Being able to set up smart recording schedules is genius, and I tend set every recording to automatically export as Apple TV, which adds it to iTunes for me.

A ‘Front Row Appliance’, which adds an EyeTV menu item to Front Row. This has now reached version 1, is easier to install, and the transitions between EyeTV and FrontRow are smoother.

Also, I haven’t tried it yet, but Sapphire looks interesting.

I soon ran out of space on the Mac Mini, and while I was loathe to add yet another bloody plug to the overloaded adaptors behind the telly, it had to be done. (An external hard drive doesn’t tend to be as quiet as the Mac Mini either!). Relocating the Movies folder to the external hard drive was as easy as using an alias, but the iTunes library is a bit more troublesome. It should be as easy as choosing the new location in iTunes Preferences > Advanced, but I couldn’t manage to do this and retain paths. Everytime I wanted to play something, I had to select the new path to the file.

Instead, I created a folder on the hard drive, and rather than copy across everything manually, I chose this new folder as the library location in the advanced preferences, and used ‘consolidate library’. This not only copied everything across, but this time updated the paths to the media files, and everything plays as it should!

Switching between FrontRow and EyeTV

Everything works well in this setup, with the exception of navigating between the 2 applications - Frontrow and EyeTV. There are a few ways around this:

Mac Mini Must Have Apps

Finally, you’ll want to make sure that Syncopation, EyeTV and FrontRow are all set to open at startup. If EyeTV is set to ‘Start EyeTV in full screen’ (Preferences > Full Screen), then when the Mac restarts everything is ready to go.

When it works, it’s great. The trouble is that 15% of the time something happens - EyeTV crashes, iTunes has been updated and won’t let you play anything until you’ve accepted terms and conditions, or another app is telling you that an update is available.

For these times, I don’t have an easy solution, other than to screen share and sort it out with the MacBook. Sometimes (like in the instance of EyeTV crashing) you just have to restart.

I’ll add more detail and photos when I can…