Install BalenaEtcher on Linux using simple methods. For those don’t know about Etcher, it is an open-source USB bootable tool that can be used on Windows, Linux or MAC OS platform to help users quickly burn image files to USB devices or flashcards. Etcher is for beginners who need to make their own bootable U disk.

We aim to fully integrate apps running under Darling into the Linux desktop experience by making them look, feel and behave just like native Linux apps. That sounds a lot like Wine. Wine lets you run Windows software on Linux, and Darling does the same for macOS software. Another similar project is Anbox, for Android apps.

To create a bootable USB Drive using BalenaEtcher on Linux such as Ubuntu, Linux Mint, Debian, CentOS and more… Just need to select an image file to be flashed like .iso and .img. After that select the USB device you want to burn. BalenaEtcher automatically recognizes the connected drive. Finally, click the “Flash!” button to make bootable Pen drive.

To install BalenaEtcher on Linux operating system, we can use two methods- AppImage and via Repository.

First is downloading a portable download a balenaEtcher AppImage. One can keep it on a pen drive or USB HHD to use it on almost all popular Linux operating systems. No need to install anything.

It has support for Ubuntu 19.04/18.04/16.0/14.04, Arch Linux, CentOS 6/7, Debian, Fedora, OpenSUSE, Red Hat and other same stream operating systems. The benefit of AppImage it can be used on a wide range of Linux Distros regardless of its type.

Go to Balena Etcher Downloadpage and if your system is 64-bit then download respective Etcher AppImage and for those have 32-bit, get the Etcher for Linux x86 (32-bit) (AppImage).

The downloaded balenaEtcher Appimage will be in the form of the zip file. Right-click on it and extract it. 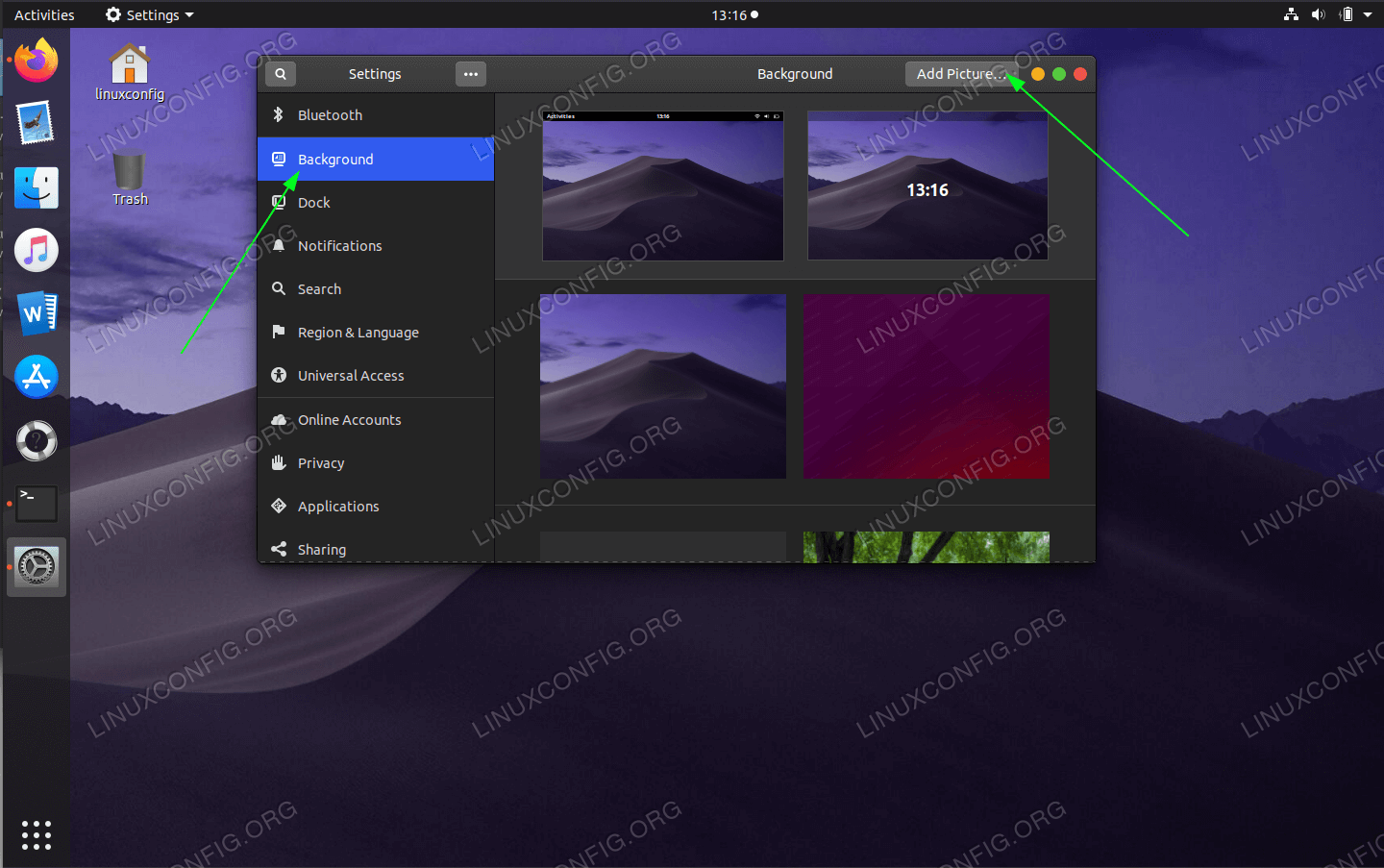 After extracting you will find an AppImage of balenaEtcher, again right-click on it and select Open option to run this USB bootable maker tool.

So, here is the Linux portable Baleno Etcher, ready to flash ISO or IMG bootable Images to your USB or Pen drives.

Note: This will not install the Etcher on your Linux system rather you have to run the AppImage every time to use it, a portable Etcher.

So, if you don’t want to use AppImage and want to install balenaEtcher on your Ubuntu or CentOS operating system like any other regular program, then here are the commands:

#For Ubuntu, Linux Mint, Debian, ElementaryOS and other same derivatives…

In command terminal fire the below command to add the Etcher repository:

#For Redhat (RHEL), CentOS and other same derivatives

#For Fedora and its based Linux OS

In this way, we can install balenaEtcher on Linux to create a bootable USB drive.

Linux users who want to run Windows applications without switching operating systems have been able to do so for years with Wine, software that lets apps designed for Windows run on Unix-like systems.

There has been no robust equivalent allowing Mac applications to run on Linux, perhaps no surprise given that Windows is far and away the world's most widely used desktop operating system. A developer from Prague named Luboš Doležel is trying to change that with 'Darling,' an emulation layer for OS X.

'The aim is to achieve binary compatible support for Darwin/OS X applications on Linux, plus provide useful tools that will aid especially in application installation,' Doležel's project page states. Darwin is Apple's open source operating system, which provides some of the backend technology in OS X and iOS. The name 'Darling' combines Darwin and Linux. Darling works by 'pars[ing] executable files for the Darwin kernel... load[ing] them into the memory... and execut[ing] them.'

But there is a ways to go. 'Darling needs to provide an ABI-compatible [application binary interface] set of libraries and frameworks as available on OS X... by either directly mapping functions to those available on Linux, wrapping native functions to bridge the ABI incompatibility, or providing a re-implementation on top of other native APIs,' the project page notes.

Doležel, who started Darling a year ago, described the project and its progress in an e-mail interview with Ars. Darling is in the early stages, able to run numerous console applications but not much else. 'These are indeed the easiest ones to get working, albeit 'easy' is not the right word to describe the amount of work required to achieve that,' Doležel said. 'Such applications include: Midnight Commander, Bash, VIM, or Apple's GCC [GNU Compiler Collection]. I know it doesn't sound all that great, but it proves that Darling provides a solid base for further work.'

Users must compile Darling from the source code and then 'use the 'dyld' command to run an OS X executable,' Doležel said. One roadblock is actually getting Mac .dmg and .pkg application files working on a Linux system. Because doing so isn't that straightforward, Doležel said, 'I've written a FUSE module that enables users to mount .dmg files under Linux directly and without root privileges. An installer for .pkg files is underway.'

The fact that OS X is a Unix operating system provides advantages in the development process. 'This saved me a lot of work,' Doležel explained. 'Instead of implementing all the 'system' APIs, it was sufficient to create simple wrappers around the ones available on Linux. I had to check every function for ABI compatibility and then test whether my wrapper works, so it wasn't as easy as it may sound.'

Another lucky break not available to Wine developers is that Apple releases some of the low-level components of OS X as open source code, 'which helped a lot with the dynamic loader and Objective-C runtime support code,' Doležel noted.

But of course, the project is an extremely difficult one. Doležel isn't the first to try it, as Darling was initially based on a separate project called 'maloader.' Doležel said he heard from another group of people 'who started a similar project before but abandoned the idea due to lack of time.'

Doležel was actually a novice to OS X development when he started Darling, being more familiar with OS X from a user's perspective than a developer's perspective. 'I have personally looked for something like Darling before, before I realized I would have to start working on it myself,' he said.

Darling relies heavily on GNUstep, an open source implementation of Apple's Cocoa API. GNUstep provides several core frameworks to Darling, and 'the answer to 'can it run this GUI app?' heavily depends on GNUstep,' Doležel said. Doležel is the only developer of Darling, using up all his spare time on the project.

Doležel isn't reverse-engineering Apple code, noting that it could be problematic in terms of licensing and also that 'disassembling Apple's frameworks wouldn't be helpful at all because Darling and the environment it's running in is layered differently than OS X.'

The development process is a painstaking one, done one application at a time. Doležel explains:

To improve Darling, I first take or write an application I'd like to have running. If it is someone else's application, I first examine it with one of the tools that come with Darling to see what frameworks and APIs it requires. I look up the APIs that are missing in Apple's documentation; then I create stub functions for them and possibly for the rest of the framework, too. (Stub functions only print a warning when they are called but don't do any real work.)

The next step is to implement all the APIs according to the documentation and then see how the application reacts. I also add trace statements into important functions to have an insight into what's happening. I believe this is very much like what Wine developers do.

When things go wrong, I have to use GDB [GNU Debugger] to debug the original application.

It is rather unfortunate that Apple's documentation is often so poorly written; sometimes I have to experiment to figure out what the function really does. Many OS X applications seem to contain complete pieces of example code from Apple's documentation, presumably because one would have to spend a lot of time getting to understand how the APIs interact. This is why I appreciate open source so much—when the documentation is sketchy, you can always look into the code.

Years of development are needed. Similar to Wine, 'Having a list of applications known to be working is probably the best way to go,' Doležel said.

Darling should work on all Linux distributions, he said, with the catch that 'many apps for OS X are 32-bit only, and installing 32-bit packages on a 64-bit Linux system could be tricky depending on your distribution. I personally use Gentoo Linux, so I'm gradually creating a Portage overlay that would compile Darling and all dependencies for both 32-bit and 64-bit applications.'

Doležel would like to bring Angry Birds, other games, and multimedia applications to Linux. Darling could potentially 'be used to run applications compiled for iOS,' he writes on the project site. This will also be a challenge. 'The intention is to support the ARM platform on the lowest levels (the dynamic loader and the Objective-C runtime),' he writes. 'Rewriting the frameworks used on iOS is a whole different story, though.'