Looking back, there seemed to be a few orientation-related issues with iOS 10.2, including an issue which often left my camera in portrait-only orientation if I launched the camera via the shortcut on the Lock screen. There's another odd one where I took a photo, then when I tapped 'Edit' in the Photos app, it flipped the photo upside down while I was editing it … so I rotated it, but then it was upside down when I was done editing! Weird …

How To Change Mac Location

I've only used FaceTime once so far since updating to iOS 10.2.1, and while it was still a bit finicky with orientation, it seemed to be less so. Additionally, I was able to get from the Home screen back to FaceTime by tapping the green bar, also a good sign. And I used the Camera app extensively for video and had no orientation-related issues whatsoever since the update. So all that's left to clean up is just the funkiness with FaceTime being sideways sometimes. 🙂 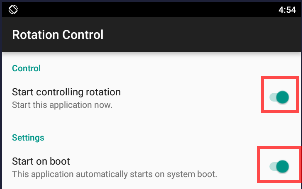 How To Change Mac Name

Sure hope it's not just random chance that 'fixed' these issues, and they were actually addressed in the last update so they won't reappear!

How To Change Mac User