When you run your app for the first time, Android Studio uses a default run configuration. The run configuration specifies whether to deploy your app from an APK or an Android App Bundle, the module to run, package to deploy, activity to start, target device, emulator settings, logcat options, and more.

These instructions show you how to build D command-line executables and OpenGL ES GUI apps for Android, either by using the desktop D compilers for Windows, Mac, or Linux available here or a native Android compiler. There are separate steps for cross-compilation, ie building apps on a Windows/Linux PC or Mac and running the app on Android, versus native compilation, both building and running on your Android device itself.

Since you cannot install the Android SDK on Android, I end by showing how to package a GUI Android app, a zip file called an .apk, from scratch, by using the tools available in the Termux app for Android, a terminal emulator app and open-source package manager/repository for Android devices.

Once you have LDC and have unzipped the Android NDK, it's time to set up LDC for the desired Android target(s). See Cross-compiling with LDC for the general guide; I present two examples for a quick summary:

The prebuilt Android packages also include the corresponding x86 simulator libraries, so 32/64-bit x86 Android simulator targets can be set up the same way.

Now that we have a D compiler setup for (one or more) Android targets, let's try building a small program, the classic Sieve of Eratosthenes single-core benchmark, which finds all prime numbers up to a number you choose. Install the curl package in Termux if you're natively compiling, apt install curl. 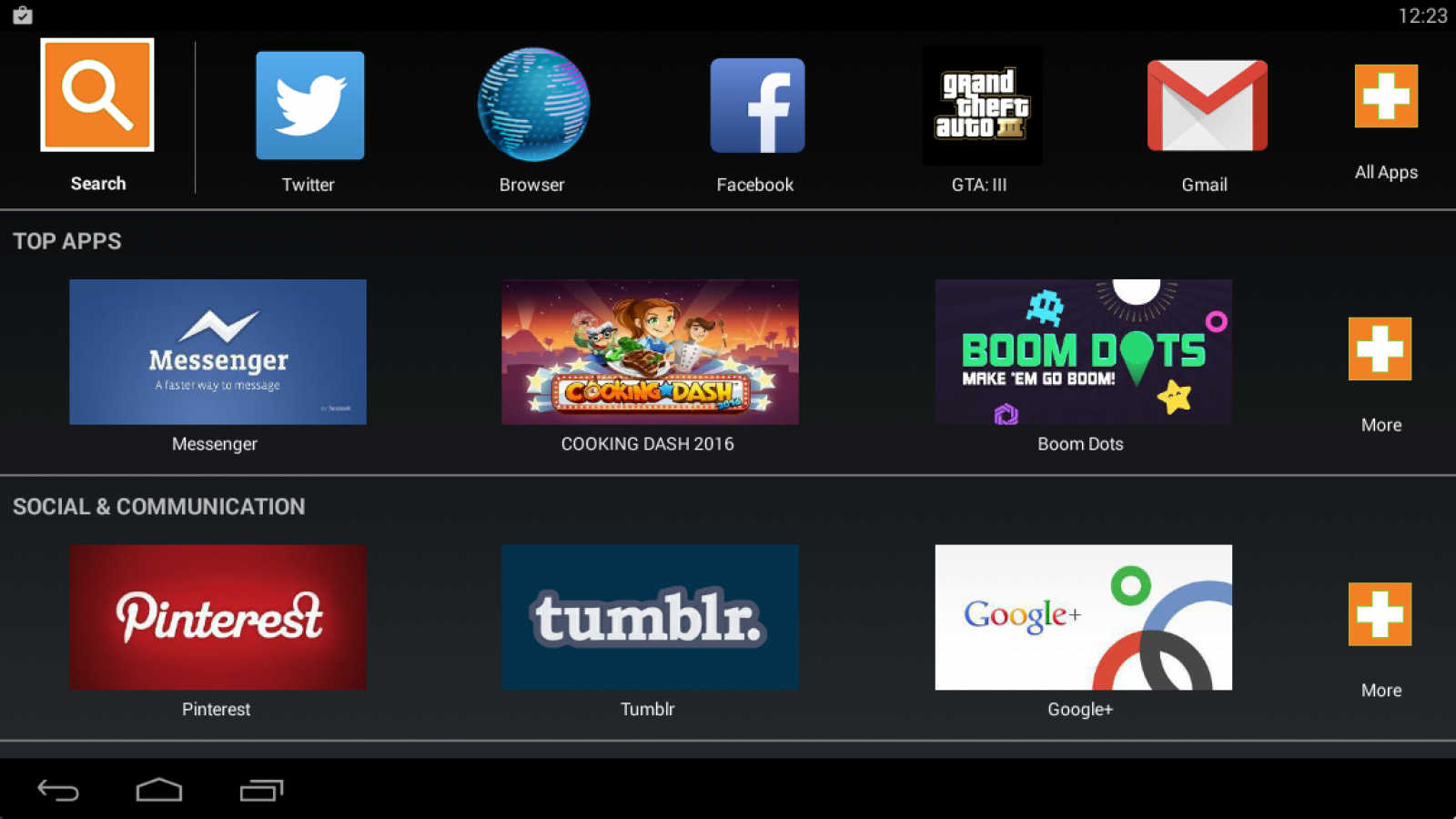 Copy this sieve program onto an Android device or emulator and set its permissions with the chmod command. Here's how I do it in Termux, with an ssh server running on the host PC/Mac with IP address 192.168.1.37:

If you built sieve successfully, it should return

Clone the android repository or download its source in a zip file, which contains several headers and sample OpenGL apps from the NDK translated to D:

Then build the Native Activity app, which is written completely in D. D code for an apk must be compiled to a shared library, which the Android runtime will call:

Finally, package the app as the SDK directs: at this point, it's just like building a regular Android app. I document the older Ant approach, which is deprecated, replace it with the Gradle command from a newer SDK. With Ant on Mac or Linux, set the path to your SDK, then run these commands:

Transfer the resulting bin/NativeActivity-debug.apk to your Android device, again shown here by using scp from the Termux app.

Follow the instructions below to package this native shared library into an Android apk.

Go to Settings->Security on your Android device and allow installation of apps from unknown sources, ie from outside the Play Store, then go to /sdcard/Download in your file manager and choose the NativeActivity-debug apk to install it. Open the app after installing or go to your app folder and run the app named NativeActivity: it'll show a black screen initially, then flash a bunch of colors when the screen is touched.

This D app has not been ported to 64-bit Android/ARM yet, only 32-bit ARM compilation will work for now:

Package this shared library into an apk by using the SDK, as you would normally, and try installing and running it on your device.

Install the right Eclipse Java compiler package for your device (the ecj4.6 package if you're running Android 5 or 6), the Android dex tool, and other packages needed to build an Android apk. Generate any Java files needed, compile and dex them, then package everything up into an apk and sign it.

Finally, move teapot-signed.apk into a public directory, from which you can install and run it.

Now that you've seen some examples, here's a description of changes to D that have been made for Android.

The Android environment doesn't support native Thread-Local Storage (TLS), which is integral to D, since all static and global variables not explicitly marked shared/__gshared/immutable are thread-local by default in D. The Android D runtime supports emulated TLS instead, but this currently requires the ld.bfd linker - ld.gold or lld won't do.

If building a shared library and not a D command-line executable, you must also initialize and exit the D runtime by calling rt_init() and rt_term() before and after all D code is run, as has been done in the default Android wrapper (rt_init/rt_term are automatically inserted and run for a D executable). Running multiple D shared libraries is currently unsupported on Android, only a single D shared library that statically links against the D runtime will work.

Package an Android app from scratch on your Android device

Install aapt, the Android Asset Packaging Tool, and apksigner, a tool to create a hashed manifest and sign your apps.

I'll demonstrate with the NativeActivity app built above.

This simple app only requires three files, AndroidManifest.xml, resources.arsc, and lib/$APK_DIR/libnative-activity.so, which you can check with the following aapt command.

Now let's generate a hashed manifest, just like a Java jar file, and sign the app. If you have your own Java Keystore already, just supply it to apksigner. If not, apksigner will generate a self-signed Keystore file, which we name debug.ks below, which is good enough to sign and install debug apps on your own Android device.

You should see three additional files in the apk, if you list its contents using the command above. At this point, you can install and run the signed app on your own device. If you modify the app, you'll need to build the manifest and sign it again: make sure you use the debug.ks you created before or Android won't allow you to reinstall the same app with a newly generated key, unless you first uninstall the app.

Unfortunately, apksigner only supports Java Keystore files for signing right now and I don't know how to build one from scratch, so if you don't have a keystore and want to release your app to an app store, you'll have to use OpenSSL to sign the app.

First, install the OpenSSL package in Termux. Then, this OpenSSL command will generate a self-signed debug certificate, apk.cert, and a 2048-bit RSA private key, key.pem, which isn't encrypted with a password. It will ask you for some signing info, for which I've shown what's used by the debug certificate in the Android SDK, but it doesn't matter what you enter, as it's ignored:

Now that we have a certificate- self-signed in this case, use your actual release certificate if you want to release the app- and private key, we use them to sign the app. Since the apk is just a zip file, unzip it into a directory and use OpenSSL to generate a new signature file, CERT.RSA, then update the apk with the new signature, and copy the apk to a public user directory from which you can install it:

The OpenSSL commands to generate a certificate and sign the apk were taken from this 2012 blog post, you can follow it further to see what the signature consists of and verify it for yourself. This 2013 blog post was critical for me to understand how apk signing works, I used to run all those commands by hand until the apksigner package was added to the Termux package repo.