Apple has just released the first official version of MacOS 10.15 (Catalina), and our software is ready for it. If you haven’t seen our Status page before, it’s certainly worth a look now. As you’ll see, all seven of our major Mac apps now have compatibility with Catalina. If you’re updating to Catalina, make sure you’ve got the latest versions of our apps. Once you do, you should be good to go.

Over the past two months, we’ve had issued over a half-dozen updates to provide Catalina support. However, until today, our flagship audio recorder Audio Hijack had not yet been updated. This update required the most attention and care, and we wanted to be sure it was ready to go before providing it to you.

Thankfully, we completed the necessary work just ahead of Apple’s official release, shipping Audio Hijack 3.6 this morning. This update goes well beyond simply adding support for the new OS. This is just a partial list of improvements you’ll find in the latest Audio Hijack: 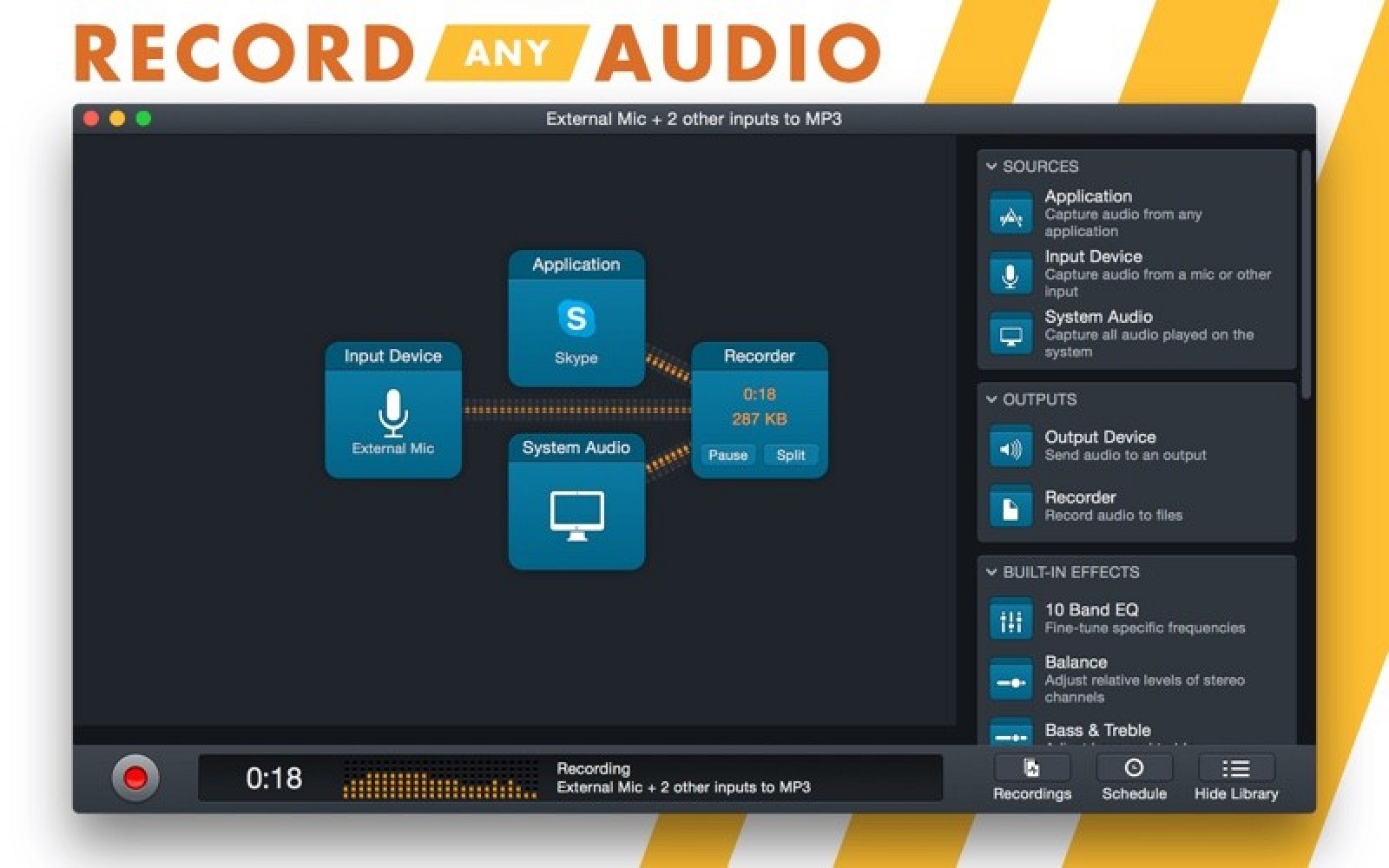 Like our recent Loopback 2.1 update before it, the tracking and handling of physical input and output devices in Audio Hijack has been greatly improved. Because many popular USB audio devices fail to contain unique identifying information, it has often been necessary to re-select these devices after restarting your Mac or moving the device to a different USB port. Audio Hijack will now automatically track devices across restarts and between ports, so fewer adjustments are necessary.

Audio Hijack 3 has always had a dark appearance, but it has not previously had support for Dark Mode on MacOS 10.14 (Mojave) and higher. With the latest update, windows throughout the app will properly appear dark if you’re using Dark Mode on your Mac.

Updates to Declick, Dehum, and Denoise

Since Audio Hijack 3.0, we’ve included three built-in plugins to help you clean up common audio issues. The Declick, Dehum, and Denoise plugins bring powerful audio cleanup to anyone. These plugins were previously powered by licensed third-party technology. Unfortunately, that backend technology was no longer usable on modern versions of MacOS. As a result, we’ve overhauled these plugins with our in-house updates. If you’ve previously used these cleanup plugins, you’ll want to experiment anew, and update your settings. If you’ve never used them before, now is a great time to check out Declick, Dehum, and Denoise. For more information, see the “Advanced Blocks” page of the Audio Hijack manual.

The Source selector, found in the Application input block, has also been updated and improved. It’s now a snap to capture audio from Finder and Text to Speech, with the new “Special Sources” section of the Source selector. Other minor interface improvements have been made as well, all to make it easier than ever to capture the audio you want.

There’s much more to be found in Audio Hijack 3.6. We’ve got over two dozen changes and improvements.

We’re always working on new features and improvements to our software, and a new OS update often necessitates additional releases to fix rare issues. It’s likely you’ll see further updates for Audio Hijack, as well our other products, in the coming weeks.

You can be sure you’re always running the latest versions of our apps by using the built-in version checking.

Just make sure “Automatically check for updates” is turned on in the app’s Preferences windows, and you’ll be alerted to new versions as they become available. For right now, all of our products should be good to go on Catalina.